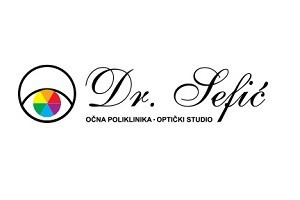 Eye clinic and Optical studio “Dr. Sefić” are two separate private entities, trained to fully process and provide help for the ophthalmological patient. All the eye examinations and diagnostic is performed in the clinic, whereas all surgeries are performed in the surgical room under local anaesthesia. Doctors, members of the Sefic family, are involved in this work. After a detailed ophthalmological examination every patient is supplied in the optical studio with visual aid (glasses, contact lenses) or if recommended a surgical procedure is performed  in the surgical room.

Surgical room is part of 140 m2 space of the Eye clinic and optical studio “Dr. Sefić” in the #5 Ferhadija Street. Along with the operational room, there are rooms for the admission of patients, relaxation and rest of the staff. Surgical procedures are done in agreement with the patient and according to the anticipated plan. Patients are not held in the hospital bed after the surgical procedure– treatment; instead they are released and can go home after one hour.

We perform all after-treatment care. The usual practice is for patients to set up an appointment over the phone with time and date of the examination.  Patient is admitted on time for the examination with no delays with the examination taking up to half an hour. Emergencies can be admitted upon the arrival and without previous appointments.

The ophthalmological practice has been a tradition in family Sefić for over 90 years, with the third generation of family ophthalmologists, amongst other members of our team, is working in the practice today. The first ophthalmologist in the family was Prim. Dr. Šefkija Sefić (1898-1962), from Mostar, studied in Vienna and specialized in ophthalmology in Zagreb, working in Banja Luka and Sarajevo. Back in 1931 he formed his private practice with a hospital beds and surgery rooms. Later he worked as a chief of the Eye department of general hospital in Banjaluka.

His son, academician, Prof. Dr. Sc. Mustafa Sefić (1940) finished the faculty of Medicine and specialized in ophthalmology in Zagreb, where he got a doctorate from the field of glaucoma, he was selected for the teacher of Medical faculty in Sarajevo and Banjaluka; from 1987 he carries the title of professor and from 2006 professor of emeritus, a member of the Academy of Medical Sciences of Croatia in Zagreb (AMZH), the member of World Academy of Sciences and Arts (WAAS), member of Academy of Medical Sciences of Bosnia and Herzegovina, founder and the president of the Association of Ophthalmologist in South – East Europe, Dean of Medical Faculty in Banjaluka, President of Association of Doctors in Sarajevo etc. Continuing the tradition of his father, he participated in many foreign and local congresses, and has published over 120 works in local and foreign magazines and 19 books and textbooks.

Older daughter of Professor Sefić, graduated in Medical Faculty of Banjaluka, specialized ophthalmology in the Clinic for Eye Diseases of Clinical Centre in Sarajevo. She got her Master’s degree in ophthalmological sciences in the subject of perimetry. Until now she has published about 20 works in local and foreign magazines, she is a co-author of a textbook and a brochure, she defended her doctors dissertation form the field of glaucoma. She was chosen as a Docent on the Medical faculty of University in Tuzla.